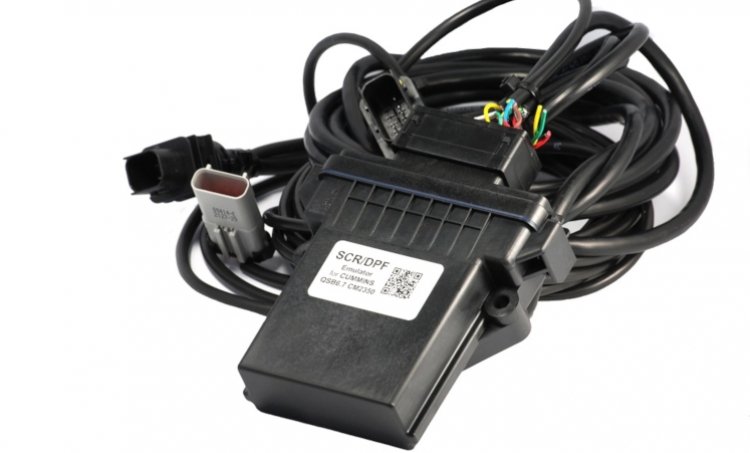 Euro 6, the European Union directive from 2014 stated the European emission standards for all vehicles over 3.5 tonnes.

The way to control the pollution emission is the SCR system with the AdBlue fluid. Here is everything you need to know about the SCR system and AdBlue emulators.

SCR stands for Selective Catalytic Reduction. It is an advanced technology aiming at reducing pollutants by converting toxic nitrogen oxides into nontoxic diatomic nitrogen and water. In other words, SCR is an emissions control technology system, which is widely used commercially. Selective catalytic reduction systems are used on large utility, industrial and municipal boilers, where they reduce nitrogen oxide emission up to 95%. SCR systems use aqueous urea solution 32% (also sold as AdBlue) as an air pollution reducer. SCR system is applied to diesel engines on ships, gas turbines and vehicles. Since the European Union directive from 2014 known as Euro 6, SCR systems are required to be applied to trucks over 3.5 tonnes.

The SCR system is indeed a great idea. It helps the environment and does not affect engine performance. Unfortunately, the required SCR system and its components demonstrate a high failure rate and create profound costs for the truck owners. According to drivers, the most common dysfunctions occur to reductant tank heaters, NOx sensors and AdBlue liquid pomps. All of this lead to engine power reduction and expensive repairs. That is why AdBlue emulators have soon appeared on the market and are growing in popularity among drivers.

What is the AdBlue emulator?

The AdBlue emulator is a device that simulates a functioning SCR system. When installed in a truck it sends the exact same signals to the engine control as it was an SCR system. Euro 6, the European regulations state the law for European countries. If you are driving outside the European borders, you might not be required to use the SCR system and in some countries you better not. AdBlue liquid tends to freeze below -10°C and when it happens, it can cause diagnostic system errors, ending up in power loss. The adblue emulator euro 6 mercedes or adblue emulator euro 6 volvo can be deactivated or dismantled anytime and does not interfere with the truck’s electronics. When searching for the AdBlue emulator it is important to choose a high-quality product you can trust.