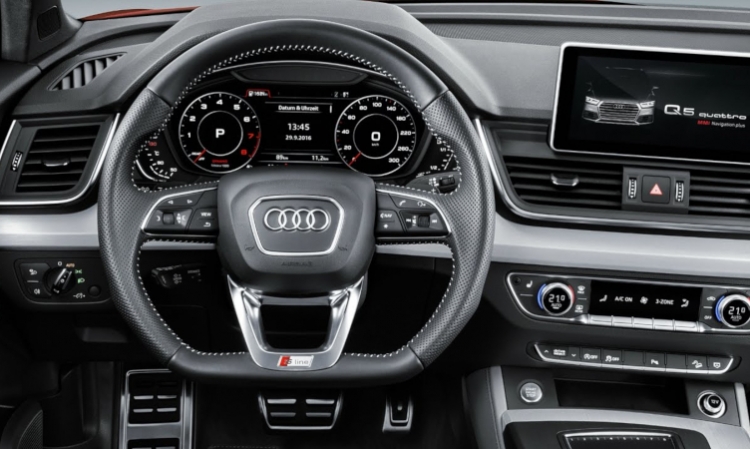 The highly anticipated release of the newest Audi Maps is coming soon! Learn which MMIs will get the update, in which cars you’ll be able to install it, and how can you update the maps yourself.

We also already know which cars will get the Audi map update for 2021/2022. The list is quite long and it contains all of the most popular Audi cars, like A1, A4, A5, A6, A7, and A8. Check the list below and learn whether it’ll be compatible with your car model:

There’s still no official information about the release date of the map update for MMI 3G Plus and 3G High. However, it’ll probably be available in February 2021. As we’ve learned from upgrademyaudi.net team:

We are monitoring information about the update, as soon as we know when it will be available we will post it on our website. For now, all we know is that it will probably be available next month. As soon as the update is available, we will add it to our online store.

So nothing is set in stone yet – but owners of Audi cars with MMI 3G High and 3G Plus should soon get more detailed information about the release date.

Do it yourself – Audi map update

Are you planning to buy the Audi 2021/2022 map update? Want to update the maps yourself? It’s easier than it may seem! First you’ll need to check the MMI’s firmware version – you need the latest software to successfully install the maps. You can check the firmware version in the Engineering Menu of the MMI – on the Internet you’ll find tools that check whether you’ve got the latest firmware, based on the version code that you’ll find in the Engineering Menu. If the software is out of date you need to upgrade it first.

To update the Audi maps you’ll need the original map files – you can buy them in online stores, specializing in the sale of Audi software updates. Usually, you’ll get the map files on SD cards or in digital version – in that case, you’ll have to download them and put them on SD cards. The cards must be formatted to FAT32. On the first one you’ll have to put the map update files, and on the second one – the map activator.

When you’ve got the necessary files ready, you can start updating the maps. Open the Engineering Menu (press SETUP and RETURN in the case of MMI 3G High or CAR and BACK in the case of MMI 3G Plus), and then put the SD card with map update in the first card slot. Press Update, and then scroll to the source – in this case, SD 1. Select the map update, and choose User Defined mode – you may need to enable it first in the Green Menu. You’ll find the full instruction HERE. After setting up the update start it – it should take around 1 hour and 30 minutes. After the update select “Documentation Cancel/Abort Information” – then the MMI will reboot.

Before activation make sure that the MMI is fully booted – simultaneously press the RADIO, CAR, NAV, MEDIA, and TEL buttons, then wait until no options are in grey. Next, insert the activation card with the license in the first card slot, then wait for around 15 seconds. If you’ve done the installation right, the MMI will show you what you should do next. After you’ve activated the maps you need to fully reboot the MMI again. And that’s all – the map update is finished!